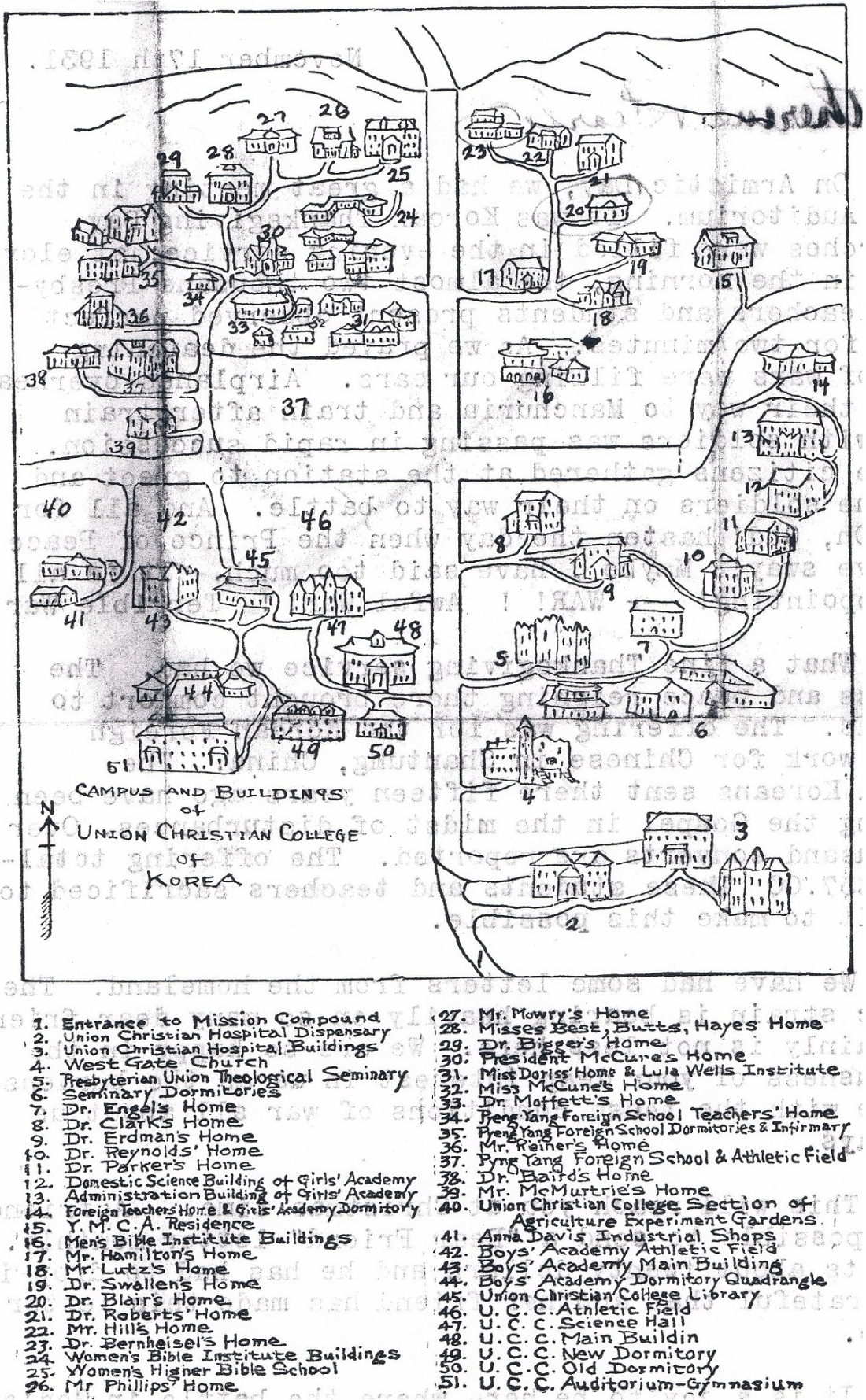 Since Union Christian College of Pyongyang has been completely forgotten in the 80 years since it closed, and images of it have been absent from any historical record of Korea, for generations almost no one has known what it looked like or even where it was. This brief tour of the campus as it looked in the 1930s, made possible by the preservation of a few books of photographs by Americans from Pyongyang, shows a world that few today know ever existed.

The main entrance to Union Christian College was directly across the street from West Gate Church and Union Theological Seminary. Through its gates passed the first Koreans to receive higher education, the pioneers of the movement that made South Korea the best educated country in the world at the beginning of the 21st Century.

The main building of the college (#48 on the map), visible in the preceding photograph, was the first building to the right along the college walk after passing through the main entrance. It would have looked appropriate in any college campus in the United States. 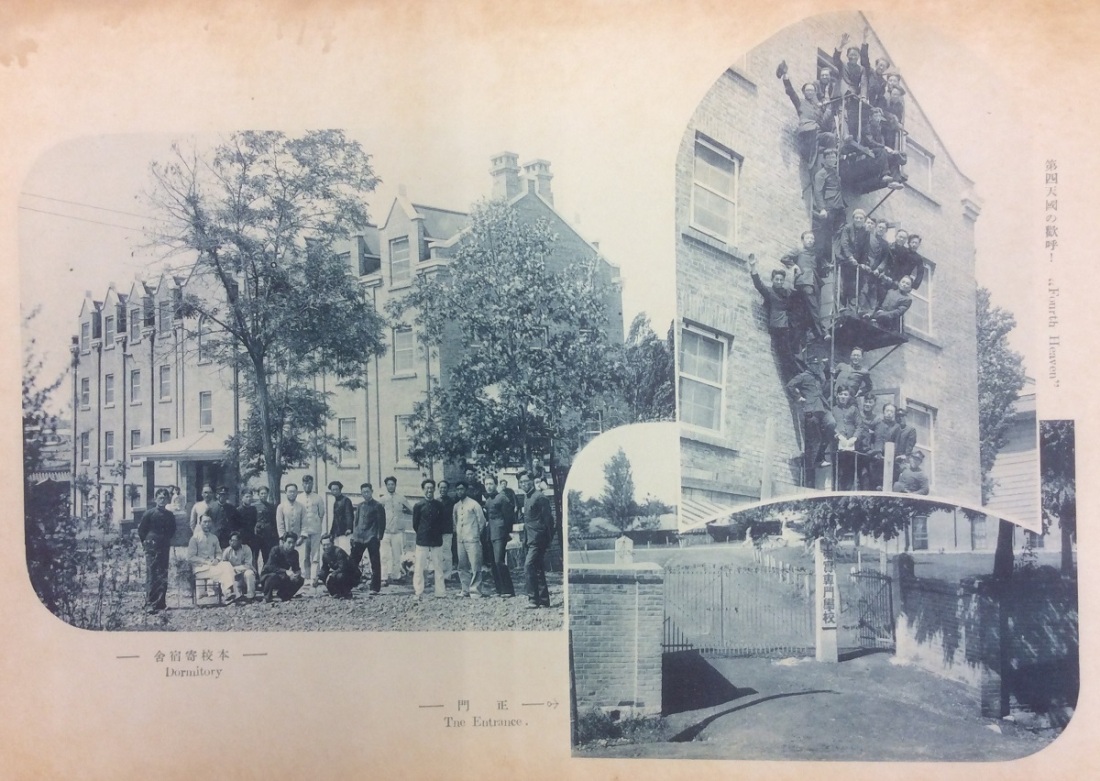 Across the college walk from the main building were the student dormitories (#49 and #50 on the map).

The Science Hall (#47 on the map) lay at the end of the main college walk.

Along the next branch of the college walk were the college library (#45 on the map), a pagoda roof building dating back to the earlier years of the college, and the college’s affiliated boys’ school, Soongsil Academy (#43 on the map). The Founder’s Memorial Stone, a memorial to the late founder of Union Christian College, William Blair, lay nearby.

The closing of Union Christian College in 1938 at a time of Imperial Japanese repression, with a war already raging in China and world war on the horizon, reduced these buildings to empty shells that a few years later a different organization would fill for a completely different purpose. When the Soviet Union invaded and occupied northern Korea in August 1945, Pyongyang became the center of its administration of Korea north of the 38th Parallel, and the 25th Army that was the Soviet invasion and occupation force took over Union Christian College to use as its headquarters. The campus with its modern buildings and large open athletic fields was ideal for use as a headquarters. Unnoticed, a center of American and Christian influence in prewar Korea became the seat of Soviet power in what would soon become North Korea.

Today, the site of Union Christian College is the location of the Embassy of Russia in Pyongyang. It is a supreme irony, and perhaps a terrible injustice, that a place once built by Americans to bring education, science and culture to Koreans has become territory of Russia, successor to the Soviet Union that created the criminal regime of North Korea, in the North Korean state that has inflicted untold misery on its people.

The map is by Evelyn Becker McCune, who hand-drew it on the back of a letter.  All other photographs are from the 1932 and 1933 yearbooks of Union Christian College, preserved at the Presbyterian Historical Society.

2 thoughts on “A Tour of Union Christian College of Pyongyang”