March 1, 2019 is the 100th anniversary of a pivotal event in the history of Korea that is an unrecognized legacy of the American Christian presence: the March First Movement, or 3-1 (“Sam-il”) Movement. Exactly one hundred years ago, on March 1, 1919, Korean Christians were leaders of a movement of nonviolent resistance against Japanese rule, part of a coalition of disparate religious groups that united to fight foreign domination with demonstrations and appeals to the international community. Few Americans know about the March First Movement, and its existence has been denied by leftist historians who have dominated the study of Korea in the United States. Its absence is part of a larger pattern of forgetfulness that has characterized the U.S. approach to Korea, as recently as the summit with North Korea on February 27-28, 2019.

Korea at the beginning of 1919 had endured a quarter century of foreign invasion and a decade of Japanese rule. Foreign powers had fought over Korea twice – China and Japan in 1894-95, Japan and Russia in 1904-05 – with Japanese domination over the country increasing after each war. Japan finally formally annexed Korea in 1910, starting 35 years of colonial rule.

American influence simultaneously arrived and spread in Korea, in the form of Christian missions that had a profound influence on the culture and education of the people. The first opened in Seoul in 1884, and its churches and schools became magnets for patriotic Koreans seeking a way to modernize their country and reverse its decline into subservience to foreign powers. A Presbyterian mission in Pyongyang opened in 1895 and rapidly became the leading hub of both religious and political activity. By 1910 there were over 200,000 Christians in Korea, most in the American-led Presbyterian and Methodist Churches, and Christians educated in American mission schools were key leaders of independence movements that were growing around the country.

The March First Movement began when 33 Korean patriots issued a Declaration of Independence and organized nationwide demonstrations demanding an end to Japanese rule. There were 16 Christians among them, 10 from Pyongyang and its region of northern Korea. Fifteen were followers of a nationalist religion called Cheondoism, created by Korean traditionalists as a resistance movement, and two were Buddhists. They worked together to write the declaration, a Cheondoist printer made 35,000 copies of it during the night of February 27, and organizations of all faiths distributed them nationwide the next day. On March 1, at 2:00 PM, delegates from the independence movement read the Declaration of Independence simultaneously in all of Korea’s major cities. Demonstrators soon took to the streets carrying the Korean independence flag, now the flag of South Korea, and chanting “Taehan tongnip mansei!” – “Long live Korean independence!” During the ensuing months there were more than 1,500 demonstrations, involving an estimated two million out of Korea’s population of 20 million. 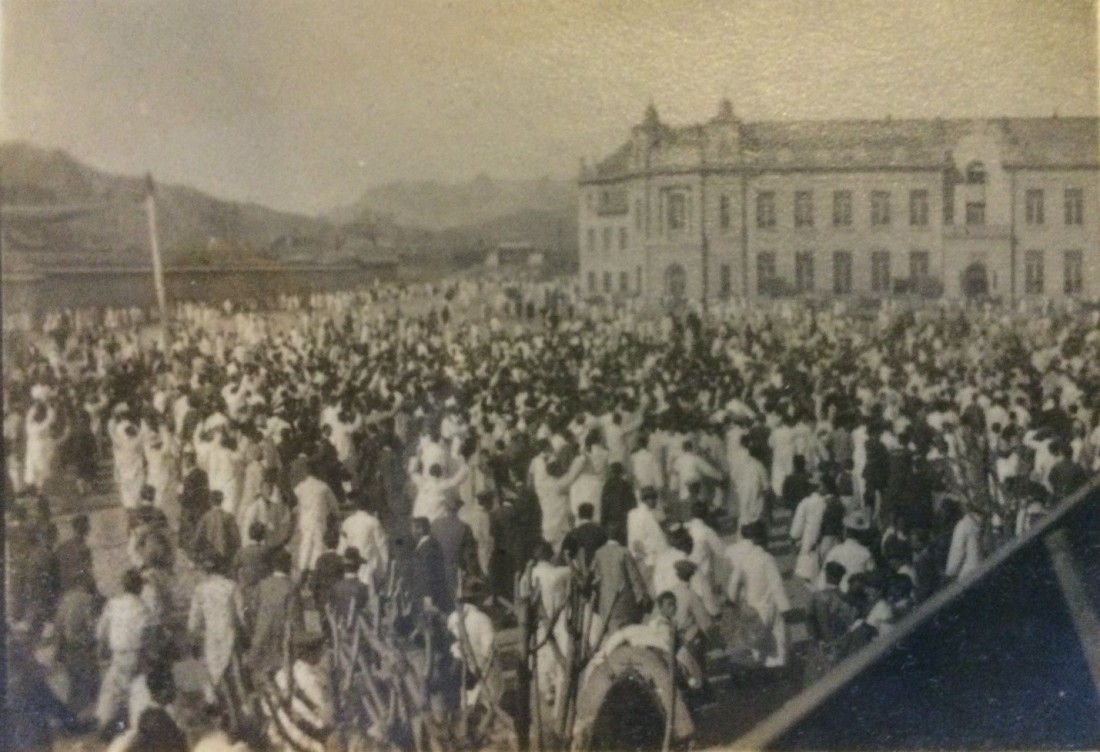 This nonviolent revolution was unprecedented at the time, occurring a decade before Gandhi’s far more famous Salt March in India, but Japanese repression was far harsher than anything the British would have done. Korean sources claim that there were over 7,500 killed, 15,000 wounded, and 46,000 arrested by the end of April. Japanese sources claim that there were “only” 553 killed and 12,000 arrested, along with 8 killed and 158 wounded among the Japanese security forces. Regardless of the numbers, the Japanese colonial government responded with great brutality, with beatings in the streets and torture and executions in jail commonplace. By the end of April, the movement had been crushed. 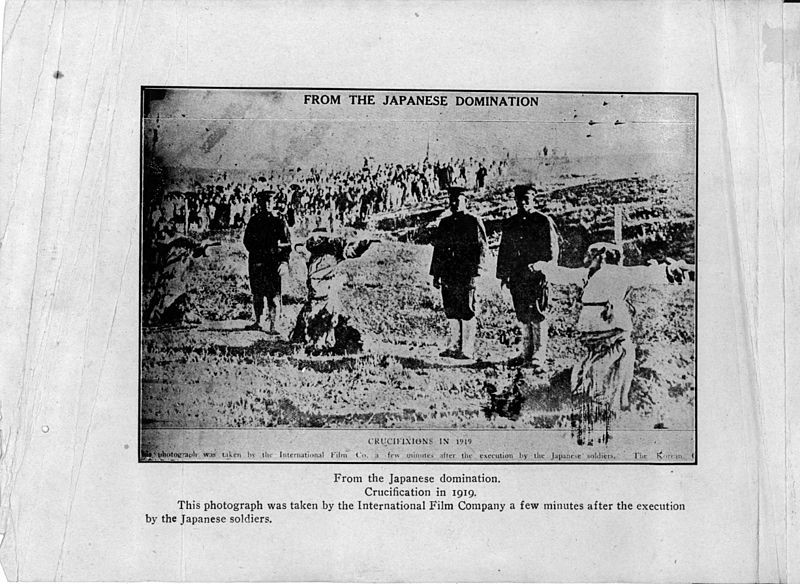 The mass protests in Korea received worldwide attention, especially in the United States, but no international support came. The protests spread to Korean communities in China, Russia, and the United States, but none were in a position to affect the policies of their host countries. The United States had no interest in confronting Japan, which had been a fellow Allied power in the Great War that had ended only a few months earlier, and earlier had agreed not to challenge the U.S. presence in the Philippines in exchange for U.S. acceptance of Japanese rule over Korea. The only assistance that Koreans received was from American missionaries in Korea. They had received orders from the headquarters of their churches not to become involved, but with many of their Korean colleagues and students leading the revolution and then imprisoned by the Japanese, some missionaries assisted Korean activists. One professor at Union Christian College in Pyongyang was arrested and sentenced to six months imprisonment and hard labor for sheltering students of his who were fleeing from Japanese police after a demonstration.

American newspaper with the March First Movement as its main headline

The March First Movement was a seminal event in the struggle for Korean independence, the starting point of forces that would shape the country’s destiny. Immediately afterward in April 1919, a movement in exile that declared itself the Provisional Government of Korea started in Shanghai, bringing together Korean patriots from Korea, China, Russia, and the United States. By 1923 it split into a democratic faction that looked to the United States for support and a Communist faction that turned to the Soviet Union. A quarter century later, after a world war that destroyed the Empire of Japan and made the United States and the Soviet Union into superpowers each occupying half of Korea, the descendants of the two factions became the governments of South Korea and North Korea.

Now March First is South Korea’s independence day, its events 100 years ago remembered and celebrated, while in the United States its significance is unknown except to a few Korea experts. American scholars have erased it from the English-language version of Korea’s history, with the leftist academic Bruce Cumings able to get away with writing a 500 page book about the history of Korea without mentioning it at all – a distortion whose extremity approaches that of Holocaust denial. As a result, it is unsurprising that the Trump administration agreed to schedule its summit with North Korea in Hanoi for February 27-28, setting the stage for a North Korean propaganda triumph on South Korea’s independence day if an agreement had occurred; professional diplomats and intelligence analysts would have known, but not the elected and appointed officials who made the decisions. We should hope that future U.S. actions with North Korea will be better informed.